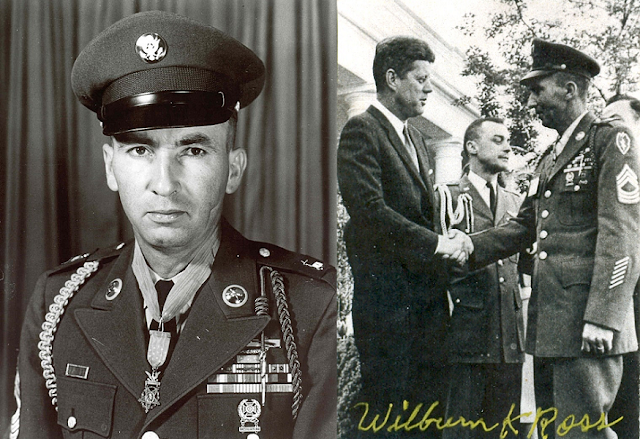 WILBURN ROSS served in World War II and Korea having been wounded in both wars. I will never forget our personal conversations over a ice cold glass of beer. --- David Apperson

For The President of the United States of America, in the name of Congress, takes pleasure in presenting the Medal of Honor to Private Wilburn Kirby Ross, United States Army, for conspicuous gallantry and intrepidity at risk of life above and beyond the call of duty while serving with Company G, 2d Battalion, 30th Infantry, 3d Infantry Division, in action near St. Jacques, France.

At 11:30 a.m. on 30 October 1944, after his company had lost 55 out of 88 men in an attack on an entrenched, full-strength German company of elite mountain troops, Private Ross placed his light machinegun ten yards in advance of the foremost supporting riflemen in order to absorb the initial impact of an enemy counterattack.